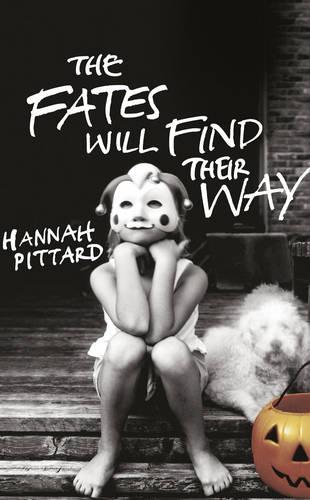 The Fates Will Find Their Way

Far more eager to imagine Nora's fate than to scrutinise their own, the boys sleepwalk into an adulthood of jobs, marriages, families, homes and daughters of their own, all the while pining for a girl - and a life - that no longer exists, except in the imagination.

Sixteen-year-old Nora Lindell is missing. And the neighbourhood boys she's left behind are caught forever in the heady current of her absence. As the days and years pile up, the mystery of her disappearance grows kaleidoscopically. A collection of rumours, divergent suspicions, and tantalising what-ifs, Nora Lindell's story is a shadowy projection of teenage lust, friendship, reverence, and regret, captured magically in the disembodied plural voice of the boys who still long for her. Told in haunting, percussive prose, Hannah Pittard's beautifully crafted novel tracks the emotional progress of the younger sister Nora left behind, the other families in their leafy suburban enclave, and the individual fates of the boys in her thrall. Far more eager to imagine Nora's fate than to scrutinise their own, the boys sleepwalk into an adulthood of jobs, marriages, families, homes and daughters of their own, all the while pining for a girl - and a life - that no longer exists, except in the imagination. A masterful literary debut that shines a light into the dream-filled space between childhood and all that follows, The Fates Will Find Their Way is a story about the stories we tell ourselves - of who we once were and might someday become.

"THE FATES WILL FIND THEIR WAY is about the way our imaginations can carry us from a dispiriting selfishness to a nascent empathy, and the way we continue to inflict-or even just observe-pain until that empathy arrives." -- Jim Shepard
"Blurs the boundaries between memory, imagination, fantasy and delusion...It's a startling piece of work...Pittard powerfully evokes the intense contradictions of adolescence: the capacity to feel dread, boldness, vulnerability, nostalgia and desire in a single instant...It is an unflinching account of the dark undercurrents of youthful sexuality; of the messy, often brutal reality of our instincts; and of the dreamlike coating that time applies to our memories." * Observer *
"It's hard not to think of The Virgin Suicideswhen reading this novel...The tone is wistful, lustful, gossipy, guilty - everything that made The Virgin Suicides such a remarkable debut when it came out in 1993. But it would be unfair to call Pittard's book derivative. Where The Virgin Suicides had a good old gothic wallow in its adolescent turmoil, The Fates Will Find Their Way is more meditative...It's a coming-of-age story in which everyone is all ages, all the time...She does a beautifully delicate job...There is a buzz about Pittard in the US, where her short stories have appeared in literary journals such as McSweeney's, BOMB and Story Quarterly...She's undoubtedly a writer to watch, if this thoughtful, nuanced debut about a lost girl and her lost boys is anything to go by." * Guardian *
"When a publisher likens a debut novel to a previous blockbuster, it often feels like wishful thinking. Not so in this instance. Hannah Pittard's tender, savvy tale of murky goings-on in suburban basements is forcibly reminiscent of Jeffrey Eugenides's hit The Virgin Suicides...Like Eugenides's book before it, this deeply readable novel concerns itself with mysteries that are at once more mundane and more profound - innocence, longing, the winding journey to adulthood." -- Hephzibah Anderson * Daily Mail *
"A haunting debut with echoes of The Virgin Suicides...By turn dreamy, regretful and melancholy, the velvety prose explores "what if" territory, offering alternative endings for the missing girl." * Marie Claire *