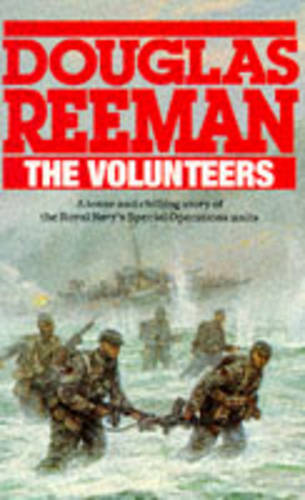 The Volunteers were the men and women of the Royal Navy's Special Operations units, carrying out lightning raids on hostile coasts. Each was hand-picked for their individual skills, and all of them were courageous. This is the story of a small group of such people.

They were the men and women of the Royal Navy's legendary Special Operations units, spoken of in hushed tones by even the most battle-hardened seamen. Carrying out lightning raids on hostile coasts, they became a navy within a navy - each hand-picked for their individual skills, and all of them courageous beyond words in the face of immense danger.

Against the mighty backdrop of World War II they performed their small but deadly operations - living often beyond hope, sometimes beyond mercy. This is the dramatic story of a handful of such remarkable people: the Volunteers.
______________________________
Douglas Reeman is the author of dozens of bestselling novels about the vicious, heroic world of naval warfare. He served with the Royal Navy on convoy duty in the Atlantic, the Arctic and the North Sea.