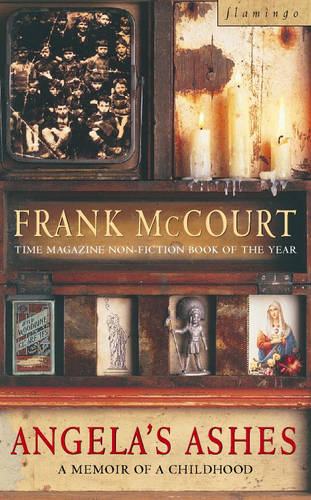 Special edition of the bestselling classic, to tie-in with the release of Alan Parker's major new film of Angela's Ashes

Special edition of the bestselling classic, to tie-in with the release of Alan Parker's major new film of Angela's Ashes

Angela's Ashes is Frank McCourt's sad, funny, bittersweet memoir of growing up in New York in the 30s and in Ireland in the 40s. It is a story of extreme hardship and suffering, in Brooklyn tenements and Limerick slums - too many children, too little money, his mother Angela barely coping as his father Malachy's drinking bouts constantly brought the family to the brink of disaster. It is a story of courage and survival against apparently overwhelming odds.

Written with the vitality and resonance of a work of fiction, and a remarkable absence of sentimentality, Angela's Ashes is imbued on every page with Frank McCourt's distinctive humour and compassion. Out of terrible circumstances, he has created a glorious book in the tradition of Ireland's literary masters, which bears all the marks of a great classic.

`An astonishing book... completely mesmerising - you can open it almost at random and find writing to make you gasp.'
Sue Gaisford, Independent

`The most remarkable thing about Frank McCourt, apart from his survival, is his lack of sorrowfulness. Angela's Ashes sings with irreverent Limerick wit. It makes you smile at the triumph of the storyteller, a tougher specimen who escaped Limerick's teeming alleys through intelligence and cunning and lived to tell the tale.'
Penny Perrick, The Times