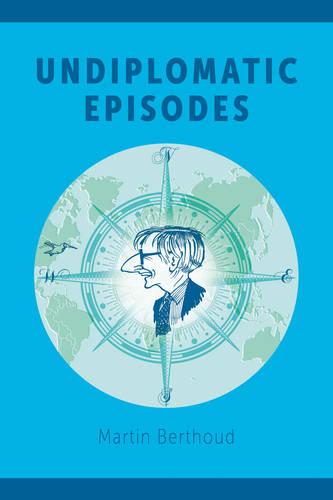 A frank account of success and failure, Undiplomatic Episodes is the story of adventure that is unlike any existing stories of diplomats.

A frank account of success and failure, Undiplomatic Episodes is the story of adventure that is unlike any existing stories of diplomats. Following excitements during his school, university and Army days, Martin Berthoud embarked on a life as a diplomat, travelling all over the world to exotic locations such as Ulan Bator in Outer Mongolia, as well as the Philippines, Iran, South Africa, Finland, Australia and Trinidad and Tobago. During his time as a diplomat Martin experienced moments of severe danger - he was working in former Yugoslavia when Serbian bombs were falling, he was charged by a rhino in Africa and fell down a mountain precipice in Venezuela, as well as escaping the snakes of Australia and the tarantulas of Tobago. Undiplomatic Episodes is Martin's frank account of his far-flung diplomatic postings which gave tremendous scope for travel. But there was serious diplomatic work to be done too, which culminated in him being knighted by Her Majesty the Queen. Undiplomatic Episodes is unlike any existing works by former diplomats; not only does Martin explore the importance of his career, but he reflects on the rich variety of experiences that his role afforded him and the beautiful countries and cultures he immersed himself in as a result. This book will appeal to fans of travel writing, memoirs and those interested in diplomatic affairs, both serious and not.