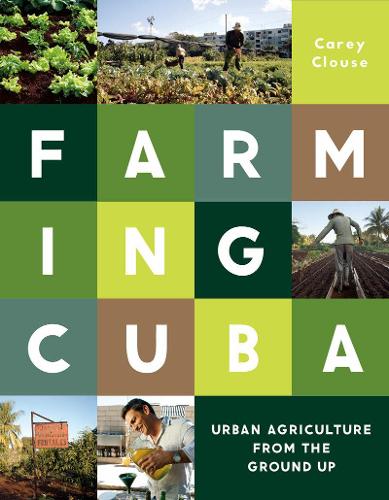 Farming Cuba: Urban Agriculture From the Ground Up

Following the collapse of the Soviet Union in the early 1990s, Cuba found itself solely responsible for feeding a nation that had grown dependent on imports and trade subsidies. With fuel, fertilisers and pesticides disappearing overnight, citizens began growing their own organic produce anywhere they could find space- on rooftops, balconies, vacant lots and even school playgrounds. By 1998 there were more than 8,000 urban farms in Havana producing nearly half of the country's vegetables. What began as a grassroots initiative had, in less than a decade, grown into the largest sustainable agriculture initiative ever undertaken, making Cuba the world leader in urban farming. Featuring a wealth of rarely seen material and intimate portraits of the environment, Farming Cuba details the innovative design strategies and explores the social, political and environmental factors that helped shape this pioneering urban farming program.