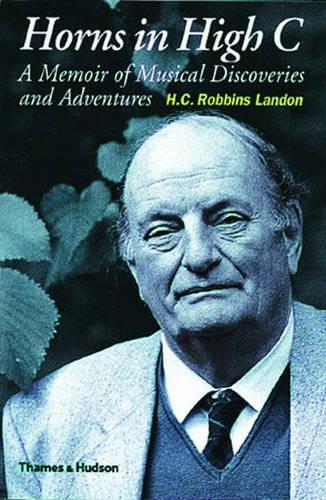 The recollections of H.C. Robbins Landon, authority on music in Europe during the 18th and early 19th centuries. They follow his quest to bring the music of Haydn to a cross-section of music-lovers, from his upbringing and student years to his discoveries in obscure archives.

Now a well-known authority on music in Europe in the 18th and early 19th centuries, H.C. Robbins Landon decided on his choice on career as a schoolboy in the 1940s. His goal of rediscovering the music of Joseph Haydn and bringing it to a broad cross-section of music-lovers and scholars has been achieved through his numerous editions of scores, recordings and broadcasts, as well as his writing. In these recollections of his upbringing and student years in the United States, followed by military service in the US Army and an adventurous career based largely in Europe, the author offers an account of his single-minded quest. The background to discoveries made in obscure archives in Austria and Eastern Europe, often accompanied by accounts of hair-raising experiences in dealing with the authorities in communist countries in the 1950s and 1960s, are interspersed with many revealing anecdotes concerning the leading figures in music in over 50 years, including Herbert von Karajan, Walter Legge, George Szell, Hans Keller, Leonard Bernstein and Sir Georg Solti.