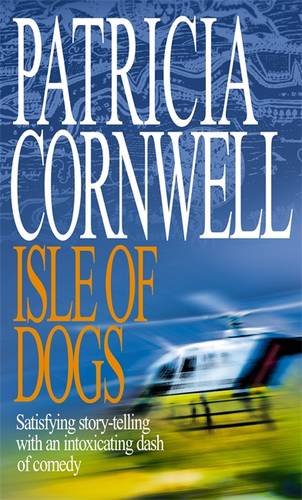 Following the bestselling success of HORNET'S NEST and SOUTHERN CROSS, this is another irreverent portrait of politically driven law enforcement run amok.

Newly installed superintendent of the Virginia State Police, Judy Hammer, and her right hand and confidant, Andy Brazil, are at their wits' end trying to protect the public from the politicians - and vice versa. And amid the mayhem an island off the coast of Virginia declares UDI - claiming its independence lies in the history of America's first settlers, those who set sail from London's Isle of Dogs in 1607. Visit the author's own website at patricia-cornwell.com

'Cornwell's humour is as unexpected as it is wicked.' DAILY MIRROR 'an irreverant and strikingly characterised portrait of law enforcement at the mercy of politics.' CRIME TIME 'A unique, often hilarious experience.' IRISH TATLER Be aware: this is not your typical Cornwell novel. Not only is there no Kay Scarpetta, but Isle of Dogs is a comic romp, a real departure for this author. It centres around a couple of characters from past books--police chief Judy Hammer and reporter-turned-cop Andy Brazil of Hornet's Nest and Southern Cross--but the plot, style and tone will remind you more of Carl Hiaasen's dark comedies. The madcap doings get underway when the addled, nearly blind governor of Virginia confusedly launches a speed-trap program on isolated Tangier Island, whose prickly, eccentric residents promptly attempt secession. Cornwell adeptly interweaves other crisscrossing plot lines involving a gang of street-stupid thugs gunning for Hammer and Brazil, an angel-faced serial killer, a kidnapped dog and more. She does miss a few beats: the pacing sags during certain episodes, and at times the writing strains so hard for laughs that instead it draws winces. Nonetheless, Isle of Dogs is for the most part a funny, diverting read and a refreshing departure for Cornwell.' - Nicholas H Allison, AMAZON.COM 'A riveting, stay up all night chiller. Hugely enjoyable' ELLE