Home > Shop > Other Non-Fiction > Biography, Memoirs, Letters > Daughter of the River: An Autobiography 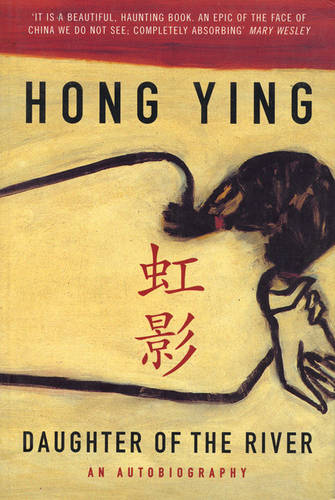 Daughter of the River: An Autobiography

An autobiography that takes us through modern-day China.

The autobiography of a young girl growing up in Mao's China. Hong Ying grew up in a slum on the banks of the Yangtze, an area permanently veiled in fog and steeped in superstition. Life was precarious and Hong Ying, the youngest of the six children, grew up afraid that she would be condemned to a life of carrying sand and emptying chamber pots. Gradually, Hong Ying began to try and solve some of the mysteries which had seemed to surround her early life: a stalker who had followed her since she was a child, a VD record in her father's file, and a persistent feeling that there was something strange about her birth. Among her discoveries, Hong Ying learnt that her mother was once married to a Triadman who had died in a labour camp as a counter-revolutionary, while her father, now a blind sailor, had several times barely escaped with his life during the civil war. Under the corrupt rule, her mother had taken extreme measures to keep the children alive while several of her relatives starved to death during the Great Famine. Moreover, Hong Ying's stalker turned out to have an astoundingly close connection with her. After the tragic deaths of both her first lover and her first child, Hong Ying decided she had to take control of her own life: she left home and worked hard to become a published poet and a novelist. After the events in Tian'anmen Square, she left China to live in London.