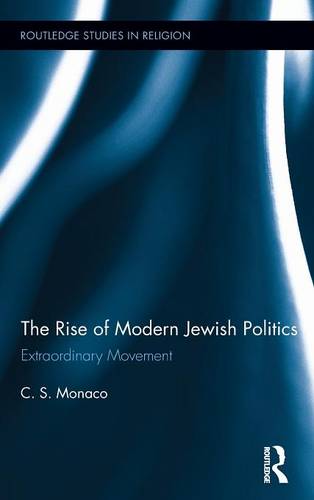 The path toward modern Jewish politics, a process that required a dramatic reconstruction of Jewish life, may have emerged during a far earlier time frame and in a different geographic and cultural context than has previously been thought. Drawing upon current sociological understanding of social movements, this book places the 1827 organized protest in London as an integral part of a transnational social movement continuum-similar to the abolitionist and women's rights movements-that waxed and waned throughout the 19th century. From its early origins in London in 1827, to Montefiore's gallant style of leadership in the Middle East, to the rise of the "Mourning March" and street processions of the early twentieth-century, and then on to the civil disobedience of the 1980s, the movement evolved, shifted its contentious center from England to the United States, and adapted to a dramatically altered post-Holocaust environment. This multifaceted and often fractious campaign was never monolithic by nature and was often rife with internal disputes. It ran the gamut between stirring accomplishments and mobilizations that fell far short of expectations. Any attempt to view the lengthy series of international protests as a steady progression of liberality and advancement would be at odds with a far more ambiguous reality.

The Rise of Modern Jewish Politics argues that the numerous protest insurgences strengthened Jewish participation in the public sphere and further defined a public political culture. While the movement certainly evolved through the decades, the core values that first arose in London were retained during the course of several contentious cycles that later surfaced both in Britain and the United States. This book utilizes an innovative interpretive framework to formulate a new paradigm of how Jews entered the modern world. The struggle for Jewish rights remains one of the most enduring social movements in modern history.

"Chris Monaco challenges our assumptions about when, and how, Jewish politics develop in the modern world. By situating the origins of Modern Jewish politics in the early Nineteenth Century, giving a prime place to Anglo-Jewry, and demonstrating the interaction across Europe and the Atlantic, this monograph will generate a great deal of discussion and perhaps change the historiography of when modern Jewish political activism was born." -Fred Krome, University of Cincinnati , USA

"This is a detailed and well-researched...account of Jewish responses in Britain to various crises experienced by corereligionists in Europe and elsewhere." -Sam Johnson, Manchester Metropolitan University, UK