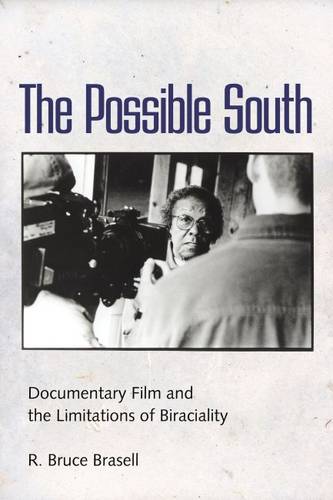 The Possible South: Documentary Film and the Limitations of Biraciality

Using cultural theory, author R. Bruce Brasell investigates issues surrounding the discursive presentation of the American South as biracial and explores its manifestation in documentary films, including such works as Tell about the South, bro*ken/ground, and Family Name. After considering the emergence of the region's biraciality through a consideration of the concepts of racial citizenry and racial performativity, Brasell examines two problems associated with this framework. First, the framework assumes racial purity, and, second, it assumes that two races exist. In other words, biraciality enacts two denials, first, the existence of miscegenation in the region and, second, the existence of other races and ethnicities.

Brasell considers bodily miscegenation, discussing the racial closet and the southeastern expatriate road film. Then he examines cultural miscegenation through the lens of racial poaching and 1970s southeastern documentaries that use redemptive ethnography. In the subsequent chapters, using specific documentary films, he considers the racial in-betweenness of Spanish-speaking ethnicities (Mosquitoes and High Water, Living in America, Nuestra Communidad), probes issues related to the process of racial negotiation experienced by Asian Americans as they seek a racial position beyond the black and white binary (Mississippi Triangle), and engages the problem of racial legitimacy confronted by federally non-recognized Native groups as they attempt the same feat (Real Indian).

"This isn't just the best book ever on southern documentary. It's a theoretically rigorous, conceptually broadening, and wisely skeptical meditation on how race constructs, and is constructed by, our notions of 'the South.' Brasell's argument that diversity 'is not inherently a challenger to systems of power' offers a powerful corrective to many of the recent enthusiasms of both southern and American studies."