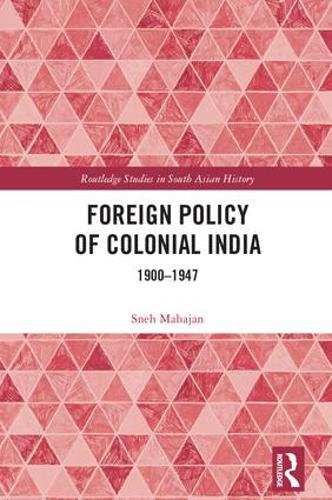 The foreign policy of a colonial country is very different from that of a sovereign country. Two features of the foreign policy of colonial India were: one, that it was framed in the interest of Britain; and two, that till the very end, the British showed an unflinching determination to maintain their hold on India.

This book highlights the weight and significance of India in global affairs because of its huge size, richness of resources, and geostrategic and relational positioning. After independence, India inherited a whole set of notions and practices from the colonial past especially treaty arrangements with smaller neighbours; the nature of interactions with its extended neighbourhood; unresolved border disputes in the north; and the imperatives of ensuring India's security both on its land and maritime frontiers. In the twenty-first century also, as a rising India reconstructs its foreign policy, some of the themes of the foreign policy of colonial India demand far greater attention. This book provides a model for studying the foreign policies of colonies in the global south. Covering the last fifty years of British rule in India, it focuses on the relations of the Government of India with states along the territorial rim of Britain's Indian Empire and the regions along the routes that connect Britain with India.

Scholars have written hundreds of books on the foreign policy of India since 1947. But, during the last fifty years, virtually no general book has appeared on the period before 1947. This pioneering work aims at filling this hole. It will be of interest to journalists and academics in the fields of modern history, political science, international relations and colonial history of India and South Asia.