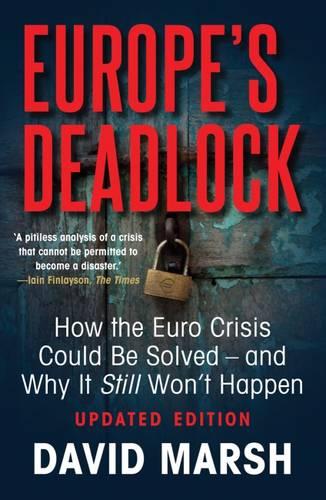 Europe's Deadlock: How the Euro Crisis Could Be Solved ? And Why It Still Won?t Happen

With new material on the astonishing 2014-15 monetary rollercoaster, an incisive chronicler of the euro's upheavals explains how Europe's single currency has lurched in and out of crisis-with widespread repercussions for Britain and the rest of the world.

"Marsh is an expert chronicler of European monetary union, and his analysis deserves serious consideration."-George Soros

"Europe's Deadlock makes a hard-hitting case against 'muddled thinking, lack of imagination and straightforward incompetence on the part of the politicians and technocrats charged with policing the single currency.'"-Ferdinando Giugliano, Financial Times

"[A] pitiless analysis of a crisis that cannot be permitted to become a disaster."-Iain Finlayson, The Times