12 Steps to Moving to the Country (Revised Post Pandemic Edition)

Over six years ago I wrote one of my most popular blogs on the steps you need to take if you are moving to the country. At the time there were a number of new people moving to the area and I thought that people needed some help following a spectacularly off-piste article in The Telegraph.

Fast forward six years to pandemic Britain, and the trickle of new incomers has become a flood, and the once slow-moving Marches property market is now one of the hottest in the country. Recently we heard of a small bungalow with a nice garden which a friend decided to put on the market. We expected that it might sell, but not that the agents would be mobbed with offers of the asking price before the house had actually been viewed by a single person! And another friend has seen a three-way bidding auction for her house and needs to find somewhere to live more urgently than she had anticipated.

The pandemic has made people no longer want to live in cities, and has led to companies being more flexible in allowing people to work from home. However the fundamentals of living in the Marches have not changed, and I would urge people to think carefully before making the leap. In any event here is the Aardvark 12-step programme to becoming a contented country dweller!

The Aardvark Twelve Steps to Moving to the Country 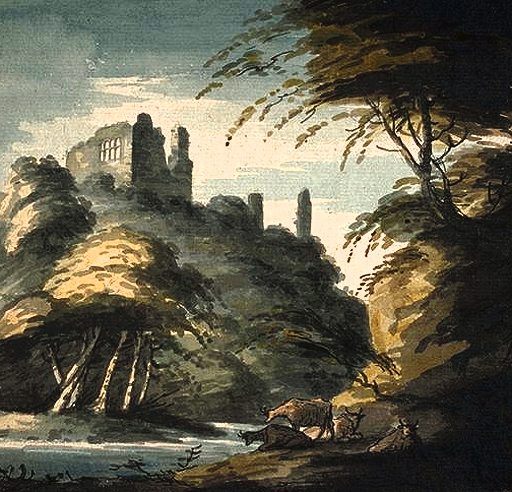 1) If you move to the country, then unless you are fully retired, chances are you will need to take your work with you. Be warned, many people who live here in the Marches end up commuting long distances to jobs in Birmingham or Cheltenham. This is fine for a while, but inevitably ends up undermining the quality of life that people have moved to the country to find. Are your skills portable? If you are a teacher or medical worker, you may find that jobs in the public sector are hard to get, since people tend not to move around in the country as they do in cities.

If you are relying on working from home you should know that although Fastershire has made a massive difference to the speed and availability of Broadband it does not cover the area evenly. There are alternative systems to BT such as Airband or Satellite Broadband, but these can work out to be more expensive. Some villages, such as Lingen, have their own Broadband systems and it is always worth checking these out also. Also, if you are used to ignoring landline services completely and using mobile data, the coverage of 3G, 4G and let alone 5G - and on occasion even telephone calls - can be extremely spotty. If I want to send or receive a text at home I still have to lean out of the bedroom window.

2) Making friends is easy but it takes effort. When you find your perfect village home, don't just settle down to make your nest comfortable. Join things. Start going to church - even if you haven't been to church for years and are a secret Pastafarian. Support the local travelling cinema. Be a joiner. In this way you will help to support the community and make important contacts that will make living in the country much more pleasant.

3) An over-enthusiastic newcomer. Nothing irks country people more than being told what to do about a hot issue by people who have only been in the village for five minutes.

4) Get a dog, or better still get two. Why else would you move to the country? Also, a dog will force you to take exercise several times a day, every day of the year which will in likelihood lengthen your life by years (although some may say that living in the country doesn't lengthen one's life it just makes it seem longer). The only drawback to this in 2021 is that lots of people round here seem to have new puppies - and more dogs means more dog poop on the footpaths. Your spending on poop bags will be increasing, and all your pockets will bulge with little plastic bags...

5) Learn to love your neighbours. In the country your neighbours will become very important to you. When the electricity goes out - as it will in a storm - you will need some-one to borrow candles from. Or as happened to me, when a pipe backs up and starts depositing dirty water onto your patio, you will need some-one to help you bail out, before the water can get into your house. Neighbours are crucial. Even if your neighbours are not sympatico to you, act as if they are. After a while, with a bit of give and take, and kindness, miraculously, they will be. During last year my wife went to live with my ailing mother who was extremely unwell. I was therefore left in charge of Aardvark Towers and it would be fair to say that looking after the garden was not my top priority. My lovely neighbours waited until I left the house and then secretly came into the garden and mowed all the lawns. I only found out because I noticed that one of the garden ornaments kept on inexplicably being moved. That is what having great neighbours can do to your quality of life.

6) Don't tell your new friends about all the city things that you miss. It is not true that there is nowhere to get a decent cup of coffee (as the owner of Great Brampton House famously wrote in a Telegraph weekend feature). What is true is that you may have to look a little harder and go a little further. But chances are, within 10 miles of your new home you will find exactly what you are looking for.

7) Don't underestimate the talents and life skills of the people who live around you. Because you usually see them covered in mud and hauling an unruly brood of kids and dogs, doesn't mean that they are not eminent people in their own right. Within a few miles of where I write this there lives an opera director, several award winning artists, a former head of a London academic institution, a professor of politics at London University, one of the foremost architectural historians in the country and one of the country's leading violinists. You are moving to the country, not the boondocks.

8) Learn to dig into your pockets if you want to get a good education for your children. There are fantastic schools in the Marches, but not all fall into that category. You may therefore have to pay to transport your child to the school of your choice. You will need to think about school catchment areas before you choose where to move to. You may need to hire a tutor to get them through Maths or French. You may even have to find the money to send  your child to a private school. On the plus side, everything else will cost significantly less than it did when you lived in London.

9) Learn the new do's and don'ts of conversation. In the countryside, people may seem perfectly happy to discuss politics (excepting Brexit), sex or religion with you, and whatever your views you will probably find a reasonable response. Do not under any circumstances however venture to discuss either Windfarms, Hunting or the Badger Cull. A recent Christmas drinks party was nearly ruined by an inadvertant venture into Badger land. Just remember that for farmers, badgers do not come out of the pages of 'Wind in the Willows', they are sharp-toothed pestilence factories. Since I wrote this I have witnessed another bitter argument on the subject of the Forestry Commission's plans to build glamping units in the Mortimer Forest. Local issues can lead to fearsome disputes!

10) Learn to appreciate your independent shops. Relax, breathe deeply, you have escaped the identikit high street. You will learn to revel in the joys of such endangered species as record shops, butchers and even green grocers! There are so many wonderful shops within a few miles of here that it is hard to know where to start. What about Prince and Pugh's or Bradfords in nearby Knighton. Both the kind of shops that sell almost everything, and where service is always with a smile.

11) If you want to appreciate crime, you may have to content yourself with Midsomer Murders. Apart from the occasional celebrity murder, and some shed burglaries, crime in the country is fairly non-existent. Over the years I have managed to leave my keys in the door of the car, in the ignition of the car and in the front door, with nothing happening at all. You will find that there is more of a drug scene than you might have expected, but other crimes happen more rarely.

12) Don't be afraid when the light disappears and it starts to get very cold in your perfect black and white cottage. There is nothing to be alarmed about, it is just the onset of winter. In the city the seasons barely impact on your life. If you are working in an office, chances are that you will work most of the year in a summer shirt. But in the country the movement of the seasons will rule your life. The first joy that comes with Spring. The secret  hope for a long warm summer. The sadness of autumn, and the annual winter hibernation when your new-found friends go to ground and you don't see a soul until the middle of March. Your garden will become your domestic tyrant. Fruit will need to be picked, then tomatoes and apples will need to be made into chutney. Finally, come the emergence of Spring, you will find that your only topic of conversation is the great plague of rabbits who will act on your garden in a way which would lead the biblical locusts to give up and look for alternative employment.

But lastly, don't worry. The path to country living has been taken by many before you, and will be trod by many after you. I myself was once an inveterate townie. I have made all the mistakes above, and have the Orvis undershirts to prove it. Yet what a difference to your existence it will make. So breathe deeply, and take the plunge.

Wow weekend, lots of books and even comics

Cultural prejudices are no different from any other

Patience (how we all have less than we think we have)