This has seemed at times like an endless summer, as the dry warm weather of late Spring continued into a hot spell in July, before turning into a typical British August of muggy cool damp days.

The shop has for the most part been extremely busy, particularly this week since people seem to have got to know that we are now doing light lunches again and are turning up for soup and toasties.

Alongside the shop being busy, we have been coping with the results of a catastrophic hack of our main software supplier, that has meant that we have been unable to list any new titles for over a week. At a time when I have two whole pallets of art books still unwrapped in the warehouse with another three pallets arriving next week, this has proved extremely frustrating.

But as ever there are many useful things to do in the shop, and one of the things I have been doing in the last week is working through the piles of books in the warehouse and anything that I would price under £5/£6 online is going into the shop at £2. This should mean that there are some fantastic bargains for shop customers, but given my backlog and the need to clear a space in the warehouse ahead of our H.Art exhibition in September I have had no choice but to reward our in-shop clientele.

Alongside long days in the bookshop I have also been reading widely and listening to lots of music. The other night I played through a couple of the earliest Simon and Garfunkel records which are in my view under-appreciated and rarely if ever played on radio. Songs like ‘For Emily’ and ‘The Dangling Conversation’, and the superbly insulting mock Dylan song, ‘A Simple Desultory Philippic’. It constantly surprises me that indeed Paul Simon seems somewhat invisible. Perhaps it comes from collective embarrassment over how we all fell head over heels for ‘Graceland’, an album that now seems less than the sum of its parts. But when you hear a song from his forgotten back catalogue such as ‘Rene and Georgette Magritte After the War’, you realise again what an unmatched songwriter he is.

Listening to my beloved Record Review this morning I thought again how whilst it is so much better than the racism of the ill-intentioned, the inadvertent racism of the well intentioned is nonetheless infuriating. Rather than present a portrait of a single composer - as is the pattern for the summer record reviews - the decision was made to offer a smorgasbord of black composers as if the idea of black classical music is still so unknown and esoteric that it can only be approached en masse. Infuriatingly they then played music by George Walker and particularly David Baker which was entrancing. How grea 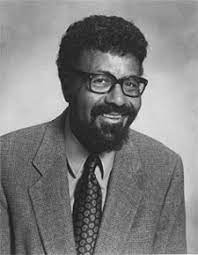 t would it have been to have heard five pieces by either of them. It seems to me also that the decision to exclude jazz composers and musicians offers a very one-dimensional picture of both African-American and indeed African music. For anyone wanting a wider introduction to black composers and music I would recommend Eleanor Alberga’s short Radio 3 series which should still be available on BBC Sounds.

The BBC iPlayer has been a fantastic resource over the last couple of years as we have all been dealing with the pandemic and over the last week Ethel and I have sat down and watched three films which are available for free in its film catalogue. First off I introduced her to what is to my mind still the best film of the last twenty years: ‘The Wonder Boys’, based on an early book by Michael Chabon (named by Vanity Fair in this month’s issue an honorary Jonathan - see magazine’s current 90’s issue for what this means). Starring a career best performance from Michael Douglas, ably supported by Frances McDormand, Robert Downey Jr, the late great Rip Torn and Tobey Maguire (whose reputation seems not to have survived Molly’s Game), it is about how writing and life are all about choices: what it is to be a teacher, how men cope with mid-life disappointments and much else besides. I am aware that it is not a film that deals with the sexes equally, and yet it is the female characters who are given the key lines in the film. It is a film about genius, which is itself the stuff of genius. Next up we watched a wonderful small British film - ‘This Beautiful Fantastic’ - which is a delightful fable aboutpersonal  growth and making family, starring a numinous Jessica Brown Findlay, and the ever wonderful Tom Wilkinson and Andrew Scott. The latter’s inspired channelling of Lord Berners in the role of Lord Merlin was one of the many things to enjoy in the recent BBC adaptation of ‘The Pursuit of Love’. Finally last night we watched ‘High Society’, which unbelievably Ethel had never seen although she was familiar with many of the songs. She was struck by how impossibly long-limbed Grace Kelly was, and how much she preferred Bing’s voice to Frank Sinatra’s. For me I still think that Celeste Holm steals the film, and it shames me that I know of no other performances of hers.

On the small screen we have also been enjoying the highly stylised ‘Professor T’ on ITV - although time and again I find myself annoying Ethel by exclaiming that wherever it was filmed it is for the most part not shot in Cambridge.

Musically I have belatedly discovered a new enthusiasm - many years after everyone else, but still better late than never. If you are one of the few people on the planet not to have heard ‘First Aid Kit’ I would urge you to make good your omission without delay. Made up of two  ethereal Swedish sisters and a superb group of musicians, their music is reminiscent of old school American country music, whilst featuring wry and moving modern lyrics. Still also enjoying Ethel’s birthday gift of Fapy Lafertin’s 'Atlantico ‘. Just a great and intelligent album, by a performer who is the first I have heard to truly move forward the Django/Grapelli tradition.

I have being thinking a lot about Stéphane Grappelli recently. A life-enhancing performer whom I saw twice as a young man thanks to my friend Danny Merson’s enthusiasm for his music. Grappelli would typically end his concerts with his version of ‘Sweet Georgia Brown’, a turn of the century composition with a tune by Maceo Pinkard a key figure in the Harlem Renaissance. Is there a difference between the Grappelli performance and what Paul Simon did on Graceland? I don’t know. Picasso famously said that good artists borrow, but great artists steal. I suppose what he was alluding to was that great artists have a certain self-confidence in how they incorporate their inspirations. The relationship between western music and musical audiences, and African and African American music and musicians is such a fraught one that it is sometimes hard to know what feels right and what makes us uncomfortable. Race, like gender remains one of the barely covered heffalump traps that we navigate at our peril. And yet although I know it is not ‘my’ music I continue to watch Richie Havens’ iconic performance of ‘Freedom’ at Woodstock and feel a visceral reaction. If great art cannot reach beyond our silos, then it is not great. So please, Radio 3, be bold AND well-intentioned.

Thanks for 'Presence of Absence' , More Books, Aardvark Books Sale

Busy Week, Tickets for Presence of Absence, June and staying in the area

Morning of the Car Boot Upon Us. Poetry event and extra exhibition, fantastic books