Random Thoughts from the New Lockdown 1

As readers of my blog may know, I have written before of how I have found it tough listening to Beethoven during this strange extended COVID nightmare/dream which started in March.

But this weekend I think I have made something of a breakthrough, courtesy of the ever wonderful Radio 3 ‘Building a Library’ and the equally brilliant NY Times. Saturday’s BaL was on the Beethoven Hammerklavier Piano Sonata which I have only heard a couple of times before, and which I am afraid I had never really understood. It is such a long and frenzied piece, with parts which are like a dance, and other parts that remind me of late romantic music, like Wagner or Mahler. And, what is with the uneven length and depth of the movements? The second movement is so short and wispy it is like having a glass of Fleurie between three glasses of Ducru Beaucaillou (to name a friend’s favourite claret). But somehow, this time it really spoke to me, and afterwards I watched the film of the wonderful Ashkenazy live performance that can be found on youtube.

Then by coincidence this morning while reading the New York Times, I came across a wonderful article about Nanette Streicher - Beethoven’s piano maker, friend, supporter, sometime dogsbody and general all round good egg. Nanette provided the piano that was his favourite - although latterly he moved to a Broadwood - and eventually took over the running of his household. He gave her a sketch of part of the Hammerklavier which she gave to Vincent Novello the British music publisher and which is now in the Pierpont Morgan Library which I was lucky enough to visit several times, years ago in the before time.

The article ends with the story of a replica Streicher Forte Piano begun by the artist and instrument maker Margaret Hood and finished by musician and mathematician Anne Ackerman. It was an incredibly informative article and brought together so many elements that interest me.

Thinking about Novello brings to mind the time I cleared out some books belonging to a member of the Boosey family, a scion of  Novello’s great rivals Boosey and Hawkes. Apparently, after the war the head of the firm had approached the government about taking over the lease of Covent Garden to start musical performances again (during the war it had been turned into a dance hall). This the government agreed, but at the end of the lease - and I forget now whether it was for 5 or 7 years - the Treasury hit the firm for a huge and potentially ruinous bill for dilapidations, most of which pertained to damage that had happened during the war when the Covent Garden area was heavily bombed. Imagine the scene a few days later, when over the breakfast table Mr Boosey opened an official-looking letter from the government containing the offer of a Knighthood. Needless to say, he preferred to remain plain Mr Boosey for the rest of his life.

I have a feeling that Ashkenazy’s playing is not as fashionable as it once was, but perhaps because his were the first recordings I heard of many pieces in the piano repertoire such as Chopin and Mozart, he remains a favourite of mine. Beethoven was also quite fortunate in having the first public performance given by Liszt in Paris in 1836, although si 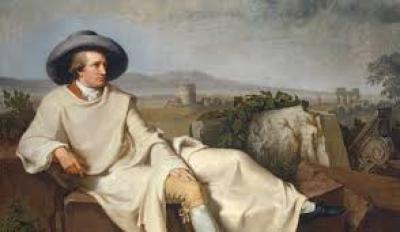 nce he had been dead for a decade by then it may not have felt like that.

Finally, I am knee deep in reading a huge book published by Alec Tiranti in the 1950’s on the Palaces of the Veneto. There is something about the post-war black and white photographs that makes the buildings impossibly romantic and doomed. It is many years since I have seen places like the Villa Barbero and the Villa Valderama but I have an overwhelming yearning to return to Italy, and have found myself flicking through any number of books on Italian houses, gardens, food etc recently. Perhaps 2021 will be the year, but if not, I can console myself with many memories of previous visits to what Goethe called paradise, and whose art was said to make Stendhal faint.