Musings for the Between Time 4

So we are starting to get lots of bookings for our first ever Aardvark Car Boot Sale on the 31st of August and I am starting to feel that this was not the craziest idea I have ever had. If you want a stall give me a call as we are making a list and spaces will be allocated on a first come first served basis. Pitches cost £10 and please bring your own tables as we don't have enough tables here for every-one.

Other fantastic news is that musical accompaniment at the Aardvark Car Boot will be provided by Deborah Rose - that's right, the brilliant Deborah who gave one of the best concerts ever at Aardvark with the Trevor Davies Trio. D 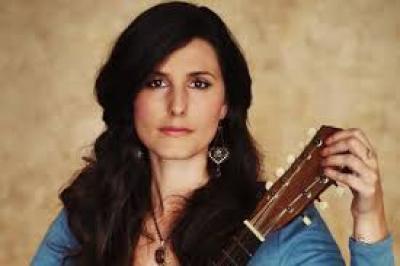 eborah popped into the bookshop last week and after a bit of arm-twisting agreed to come and play for us. Music will start from 11.00am and last till 2pm with a break. Feels almost like the before time!

Many thanks to the many customers who have been bringing in book donations. Obviously Aardvark is a commercial organisation not a charity, but donations do help to keep us in business and who knows maybe we will eventually be able to restart our cultural programme. One of my big regrets about our very own year of the plague has been that we have had to cancel all the exhibitions we had planned. Some of them I hope to run next year, but nothing is certain at the moment.

I have been talking to the ever enthusiastic Shannon Donovan about a ceramics exhibition next year. This time we will be focussing on flat shapes - plates, chargers etc - and the exhibition has the provisional title of 'The Shield of Achilles' - and yes I am an enormous Led Zep fan. I hope to include some of the chargers by Gordon Crosby that we were unable to show last year, along with contributions of up to a dozen ceramicists. Dates to be finalised anon.

Meanwhile in between thinking about the CB, I have also been trying to work through the massive book pile in the warehouse. This is a problem, as until I work through the titles designated for listing we can't open the sale. We have such a brilliant selection of sale books available, and I have promised R whilst she is away that I will make some progress on getting them ready to sell to the public.

Ethel bought me the new Haim CD and I played it last night whilst making a delicious salad with Lane Cottage salad leaves. What a great boon it has been to have Lane Cottage produce throughout the last few months (thank you also Griffiths Garage for stocking it). Need to listen again before rendering full judgement but seems on first listening to be fab.

Finally amongst the books I have been reading this week are the new Bill Buford - 'Dirt' - which I am close to finishing. An outsider's guide to French cuisine, 'French Provincial Cooking' by Elizabeth David (incredibly dated but so full of love for traditional pre-Gault Millau French grub, and 'Red and White' a memoir/wine book by Oz Clarke. He began what would become his future career on a university wine team, and his great love of classic wines reminds me of a customer of mine who passed away during lockdown and whose books I have just cleared. Colin was a true gentleman and I am more sad than I can say that I will never again be called 'dear boy' by him. HIs books will form part of the ever changing pattern of Bookery stock and perhaps something of his soul will go with them. We are all but stardust after all.

Wow weekend, lots of books and even comics

Cultural prejudices are no different from any other

Patience (how we all have less than we think we have)